Many LDS people don’t realize that Joseph Smith’s first vision experience was not particularly unique. Many individuals both in recent and ancient times have had experiences with what they believe are angels and deity. Many of the worlds largest religions are the result of such experiences. Many smaller faiths within the mysticism movement have a long history of having and analyzing these types of experiences (see this article for a discussion on this).

“Theophany” (θεοφάνεια/theophaneia) is the word coined by the ancient Greeks to describe the appearance of a deity to a human. This term has been used to refer to appearances of the gods in the ancient Greek and Near Eastern religions. While the Iliad is the earliest source for descriptions of theophanies in the Classical tradition/era (and they occur throughout Greek mythology), probably the earliest historically dated description of a theophany is in the Epic of Gilgamesh. Similar experiences have continued throughout recorded history.

The following is a list of theophanies, ordered by their relevance to Mormonism. 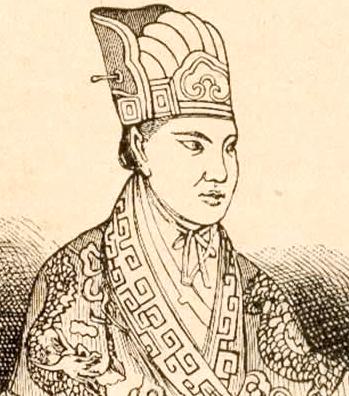 Hong Xiuquan (Jan 1814 – June 1864), was a Hakka Chinese prophet/leader of the Taiping Rebellion against the Qing Dynasty, establishing the Taiping Heavenly Kingdom of Peace over varying portions of southern China.

In 1837, Hong reported being visited by two figures, an old, paternal figure and an elder brother-figure. In one vision the old man [Father] complained to Hong about men worshiping demons rather than him. In a second vision, Hong saw Confucius being punished for his faithlessness, after which he repented. In another dream, Hong dreamt of angels carrying him to heaven, where he met the elder-brother figure [Jesus] wearing a black dragon robe with a long golden beard who gave him a sword and a magic seal, and told him to purge China of demons. Several years later, he would interpret this to mean that God the Heavenly Father (whom he identified with Shangdi from Chinese tradition) and his Son, Jesus Christ (whom Hong claimed as his brother) wanted him to rid the world of demon worship.  Hong’s heavenly kingdom instituted polygamy and a form of communism. Hong’s religion or ideology was more or less lost when his rebellion was destroyed by Chinese imperial forces, and his followers put to death. (Deaths from the Rebellion are estimated at between 20-70 million).

The Báb, whose birth name was Sayyed ʿAli Muhammad Shirāzi (October 20, 1819 – July 9, 1850) was the founder of Bábism, and one of three central figures of the Bahá’í Faith (~8 million adherents). He was a merchant from Shiraz in Qajar Iran who, at the age of twenty-four (on the evening of May 22, 1844), claimed to be an inspired interpreter of the Qur’an within the Shaykhi school of Twelver Shi’ism. In a series of several stages, he first introduced himself as the Báb (meaning “Gate” or “Door”) to the Promised Twelver Mahdi or al-Qá’im, then the Mahdi himself, then the Prophet of a New Age, and finally, as the essence of God and his being.

Bahá’ís claim that the Báb was also the spiritual return of Elijah and John the Baptist, that he was the saoshyant referred to in Zoroastrianism,[3] and that he was the forerunner of their own religion. Bahá’u’lláh, the founder of the Bahá’í Faith, was a follower of the Báb and claimed to be the fulfillment of his promise that God would send another messenger. In 1850, at the age of thirty, the Báb was shot by a firing squad in Tabriz.

Mirzā Ghulām Ahmad (13 February 1835 – 26 May 1908) was an Indian religious leader and the founder of the Ahmadiyya Movement in Islam (~20 million adherents). He claimed to have been divinely appointed as the promised Mahdi, in the likeness of Jesus (mathīl-iʿIsā),[1][2] in fulfillment of Islam’s eschatological prophecies, as well as the Mujaddid (centennial reviver) of the 14th Islamic century.

When he was just over forty years of age, his father died and around that time he believed that God began to communicate with him. He claimed countless dreams and visions from God. In 1889, he took a pledge of allegiance from forty of his supporters at Ludhiana and formed a community of followers upon what he claimed was divine instruction, stipulating ten conditions of initiation. Ghulam Ahmad was a prolific author and wrote more than ninety books on various religious, theological and moral subjects between the publication of the first volume of Barahin-i-Ahmadiyya (The Proofs of Islam, his first major work) in 1880 and his death in May 1908.  In addition to the claim of being God’s Messenger and “god or one with God” Mirza wrote, of one particular theophany as follows,

“I saw God Almighty personified as a human being in a vision. He put His arm round my neck and said [Punjabi]: If you will be devoted to Me, the whole world will be yours.” (from Tadhkirah, page 609, page 571 in the hardcopy)

By the time of his death, he had gathered an estimated 400,000 followers, especially within the United Provinces, the Punjab and Sindh and had built a dynamic religious organisation with an executive body and its own printing press. After his death he was succeeded by his close companion Hakīm Noor-ud-Dīn who assumed the title of Khalīfatul Masīh (successor of the Mahdi).

Abd al-Qadir Gilani or Kilani (1077–1166 CE). The experience of Abd, illustrates both an ancient Near Eastern experience as well as a description as to why theophanies of God (Allah) himself are rare within the Ismalic community–since Muslims generally believe Allah cannot be seen.

In the eleventh century, Shaykh ‘Abd al-Qadir al-Jilani was traveling from one city to another when, to his amazement, the heavens opened up and a figure appeared sky. The figure said, “O ‘Abd al-Qadir! I am God. Because of your devotion to me, I removed the burden of prayer to me from you!”

Did Shaykh ‘Abd al-Qadir rejoice? He replied to the figure, “Silence you enemy of Allah!” The figure then turned black and the voice said “O ‘Abd al-Qadir, I have led astray 30 mystics before you with this same trick [of falsely appearing in the form of a man], but on account of your intellect, I was not able to lead you astray.” Upon which, the Shaykh replied, “It was the favor of Allah that saved me!” .

Still to write about

Reexamining the Pride in the LDS Only True Church Doctrine